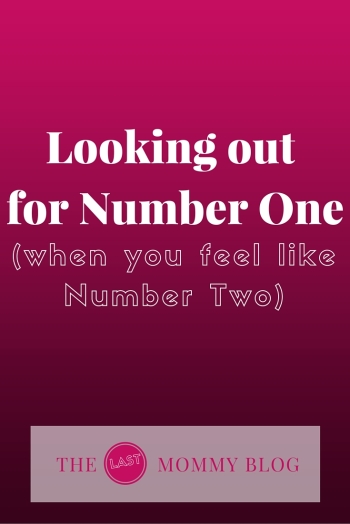 Self care is important no matter where you’re at in life. All that stuff about putting your own oxygen mask on first, blah blah, can seem laughable when you’re a new mom just fighting to survive (or sleep for more than two hours in a row). But like it or not, it’s true: If you’re not taking care of yourself, you’re going to do a worse job of taking care of others.

So even if your baby is now Priority Number One, and even if you literally feel like Number Two (by that I mean poop), you’ve got to take care of yourself.

So, for all those brand-new moms out there clinging to whatever shreds of sanity you can, I submit a list of very easy self care you can manage. As someone who  just redeemed(!) a free birthday massage from three months ago and only clips her unvarnished nails to keep from accidentally scratching her baby more than he scratches himself, I promise you, these are not lofty goals.

I had my baby in the dead of winter (admittedly, an El Nino winter with very warm days), but between the dry heat and the constant hand-washing, I was always one firm handshake away from having every knuckle split and bleed.

You know what’s less cool than not washing your hands before you touch your baby? Bleeding on them.

So crack open one of the dozen bottles of baby lotion you got at your shower and use it on yourself. It’s gentle/benign enough to slather on your face, too. And if your baby hates lotion as much as mine does, you will feel better about not letting all that free lotion go to waste.

And if you really are facing cracking, bleeding dry skin, rub some nipple butter (lanolin or the vegan stuff that smells like cocoa butter) on them.

This shouldn’t be advice for new moms… it should sort of come naturally in response to hunger pangs. But as someone who rarely misses a meal and stress eats in even the worst of times, I can say that during the first few weeks it was pretty easy to nearly starve. When The Baby decided eating was something he wanted to do every hour for 45 minutes at a time, I had to decide how to spend my 5 minutes of free time (because the other 10 minutes of my 15-minute feeding break were devoted to changing his diaper), and eating was often trumped by peeing or half-showering.

Here are some things you should keep on your coffee table/jammed into couch cushions/by the toilet for some quick, multi-tasking snacks:

Eating during the first few weeks is not about flavor, or really about balanced meals or anything. It’s about getting enough calories to keep yourself alive and producing milk (if you’re producing milk). You’ll be able to sit at a table and use a fork soon; in the meantime, make it easy to eat with one hand.

Yeah, yeah. Babies don’t let you sleep. This is almost not worth commenting on because it’s the most talked about reality of new parenthood and a surprise to no one. I’m not going to get back into the details or arguments about co-sleeping. All I’m here to tell you is to do what works for you, as safely as you can. I decided co-sleeping was safer than dropping my baby while I fell asleep holding him trying to get him to sleep, because I am not the type of human being who does well while sleep deprived, and my baby turned out to not be the type of human being who likes sleeping alone very much, at least he didn’t in those early weeks.

If you can’t nap, shower.

As I’ve mentioned before, showering has become my favorite hobby since I became a mom. Washing my hair and shaving my legs feels as indulgent as a full day at the spa, and if I get to blow dry my hair in my bath robe I emerge from the steam almost feeling like I’ve had a nap. Good showers may be few and far between; try to tank up the baby and let someone else worry about him for a half hour while you see if you can use up all the hot water. (Yes, that’s terribly irresponsible advice in this day of climate change and droughts, but if you don’t shower for the three days in between, you can make up for it every so often.)

Take care of yourself, mamas! It will (probably) get easier soon.

Looking out for number 1 when you feel like number 2